Do You Have a Disc Bulge or Herniation?

Click Here For A FREE Video On Our 3-Step Process.

What Celebrities say about Chiropractic

I am very fortunate to have, so to speak, my in-house chiropractor, Dr. Franco Colombu, as my own personal chiropractor. He adjusts my wife, my kids, me, everybody gets an adjustment. And we feel always great when Franco leaves. Even when I have athletic injuries, he’s always there for me and helps me. That’s why I always will be traveling … all over the world, talking highly about the profession of chiropractic. You chiropractic doctors are really miracle workers. But every time that I had a problem with an elbow injury, shoulder injury, or back injury, he was always right there with the adjustments. This is the way I found out the best way of going is to use chiropractors, not only after injuries, but also before injury. – Arnold Schwarzegger

Chiropractic is a wonderful means of natural healing! – Bob Hope

Playing in a football game is like being in 30-40 car accidents.”  An article in the Fort Worth Star-Telegram explains it all started after the 1994 season when Smith endured a lot of hamstring problems and he began to ask himself some tough questions. “Do I need to get more rest? Do I need to eat better? Do I need a little more training? How can I take care of my body better? Do I need to find a chiropractor? It was time for me to invest in me,” Smith said. “I found a specialist that’s really good in balancing out my body to make sure my hips are rotated right, and my body is functioning properly. I remember somebody telling me that what I put myself in during the games is like having a car wreck every Sunday. It’s against the norm. You can find yourself in awkward positions. That stuff takes its toll. But if you take advantage of the health care, balance your body back out, put it back where it’s supposed to be, you function better, and you recover faster.     – Emmit Smith

I’ve been seeing a chiropractor and he’s really been helping me out a lot. Chiropractic’s been a big part of my game. Joe Montana and 35 of his teammates received chiropractic care right before the 1990 Super Bowl Game. – Joe Montanna

Decathlon Gold Medallist, Dan O’brien says,  “If it were not for Chiropractic, I would not have won the gold medal.”  “You obviously can’t compete at your fullest if you’re not in alignment. And your body can’t heal if your back is not in alignment. It was the holistic idea that I liked about chiropractic and that is what track and field is about. Every track and field athlete that I have ever met has seen a chiropractor at one time or another. In track and field, it is absolutely essential. Chiropractic care is one of the things I think that no one has denied or refuted.”

Seven Time Tour de France winner Lance Armstrong has been receiving chiropractic care since January of 1999, helping him to keep his body together for the harsh demands of the Tour de France. After last year’s Tour de France, Lance said that he could not have won without his chiropractor’s help.

“I have to have an adjustment before I go into the ring. I do believe in chiropractic. I found that going to a chiropractor three times a week helps my performance. The majority of boxers go to get that edge.” –Evander Holyfield

Barry Bonds— Generally regarded as the best player in the major leagues today, he has proven himself, year after year, by raising his level of play to that of the all-time greats of the game. With a recent contract extension, he is now, befitting his enormous talents, the highest-paid player in baseball. “I go to my chiropractor on a regular basis, because I want to prolong my career as long as possible,” he states. “I see him about once a week, in between my training (sessions). By getting an adjustment once a week from him, I feel I can sustain my career a lot longer.”

Jose Canseco: “I’ve found that it’s a great stress reliever to get adjusted. It takes away a lot of the tightness in the muscles”

“Last year I found Dr. Newman (chiropractor), and I have been seeing him ever since. I have been pain-free and feeling terrific. I swear by it. Now, it is just maintenance and keeping in line so the nerves don’t touch.” – Wade Boggs

“I do believe chiropractic has really benefited my game. Over the last three years, I feel I have become more exposed to, and knowledgeable about, the benefits of chiropractic for me and my game. I realize how your body can get out of balance, and chiropractic care helps…” – PGA Tour Professional, Fred Funk

“Being a chiropractor patient has really helped me immensely…lifting weights and seeing a chiropractor on a regular basis has made me a better golfer. I’ve been going to Chiropractors for as long as I can remember. It’s as important to my training as practicing my swing.” – Tiger Woods

I have a wonderful chiropractor. I believe a healthy spine is a healthy body. –Dixie Carter

Chiropractic has advanced tremendously over the past few decades. It has grown by leaps and bounds to become a specialized and accepted science. – Andy Griffith

I leave my chiropractor’s office feeling fresh and rejuvenated and back in line the way I should be. He has also been successful at getting rid of my tension headaches. – Katherine Kelly Lang, Bold & Beautiful Soap Opera Star

I like to go to the chiropractor at least once a week and have for the past 20-25 years. I feel better when I go; I have more energy. – Lou Waters, CNN Today

Chiropractic works in harmony with the basic healing forces of the body, whereas the allopathic, western medical establishment doesn’t have nearly as holistic a vision. – John Robbins, Author of Pulitzer prize-nominated international best seller, “Diet For A New America”

We put a great deal of stress on our bodies, so chiropractic is very helpful. – Mindy Mylrea, World Champion

Now, it is just maintenance and keeping in line so the nerves don’t touch. – Larry & Todd Wise, World Champions

Credits chiropractic with helping him get off the disabled list and overcome a career-threatening slump! – Greg Mathews

“[About Ryan Sandberg] He’s had some awesome games after getting an adjustment. He was frequently adjusted before games. – Cindy Sandberg

I have found that chiropractic keeps me flexible and pain-free so that I can perform at my highest level. The benefits of chiropractic have improved my golf swing, putting less stress and strain on my body and allowing me to be a more productive golfer. I believe it also helps prevent other associated injuries that are very common on the LPGA tour. – Barbara Bunkowsky, LPGA Tour Professional

I use chiropractic as my main source of healthcare. – Dan Schayes

I didn’t know how much I could improve until I started seeing a chiropractor. Since I’ve been in chiropractic, I’ve improved by leaps and bounds, both mentally and physically. – Gerald Wilkins

I definitely believe that chiropractic care has attributed to my fitness. I don’t think I could maintain my level of play without chiropractic. When I go to Dr. Napoli for an adjustment I immediately feel better. – Irving Fryar

Dr. Bill (chiropractor) kept me on the field many times. – Crawford Kerr

The split second that can be added to my speed by my chiropractor could be crucial. – George Angat Jr., US Lightweight Champion

Chiropractic care gives him that little advantage, that little extra strength and quickness and allows him his best opportunity to regain his title. – Manager-Denis Doucette

I know chiropractic helped me. It helped my performance and I feel better. – Joe Greene, Long Jump

OTHER FAMOUS PEOPLE THAT USE CHIROPRACTIC:

A research study conducted by Drs. Anthony Lauro and Brian Mouch, published in the journal of Chiropractic research and Clinical Investigation, 1991, indicated chiropractic care might improve athletic performance by as much as 16.7% over a two week period. The report also concluded that subluxation-free athletes react faster, coordinate better, execute fine movements with improved accuracy and precision, amounting to an overall better athlete.

Take control of your health by signing up for FREE Health Tips from Dr. Dave Tharp II.

The Ohio Neck & Back Pain Relief Center is located across the Mall in Marion, Ohio. We serve patients not only in Marion, but as well as folks in surrounding communites such as Waldo, Bucyrus, Delaware, Cardington, Mt Gilead, Kenton, even Columbus.

WAIT…I’m so confident you’ll love our office that I’ll give you over 85% off of our initial examination and consultation.

View New Patient Special (Over 85% off) 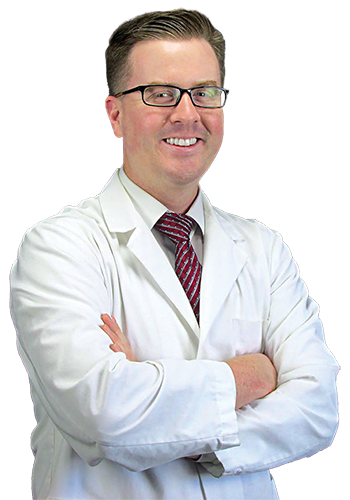